For the Toughest Jobs on Earth.TM

How Are Uniforms Perceived by Your Customers?

Jan 14, 2016 What you wear says a lot about who you are. The same can be said about the uniforms…

Jan 08, 2016 The first and foremost role of safety supplies in the workplace is to protect your…

How the Design of Correctional Uniforms Keeps Prisons Safe 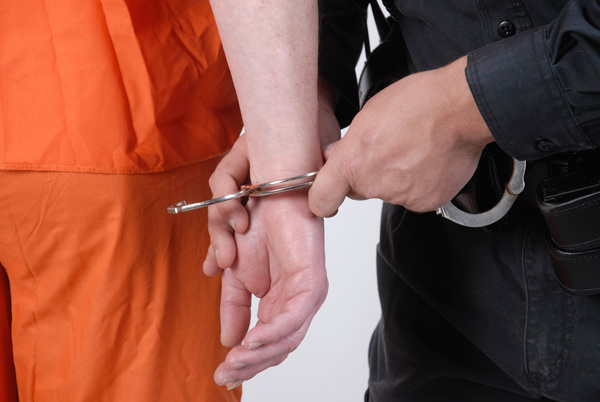 Correctional uniformsÃÂ feature a number of safety-oriented design elements for the added protection of inmates and guards.

Correctional uniformsÃÂ come in a remarkable array of patterns and colours. From the days when convicts were made to wear uniforms with black-and-white horizontal stripes to more modern one-piece jumpsuits in bright oranges and yellows, they all serve a very important purpose: safety.

These days, correctional facilities are faced with ever-tightening budgets, meaning officials have to spend their dollars shrewdly in order to operate efficiently, while providing the right level of safety and protection for both inmates and staff.

Differentiating Between Inmates and Guards

This might seem obvious, but itÃ¢â¬â ¢s crucial for guards to be able to easily distinguish between other prison officials and prisoners.ÃÂ Correctional uniformsÃÂ let them do exactly that. At a glance, guards can instantly see the bright colours of an inmateÃ¢â¬â ¢s attire and recognize them as such.

ÃÂ This helps guards with identifying inmates in areas that are:

Dealing with violence inside prisons is a constant challenge for officials. While it would be difficult (if not impossible) to eliminate it entirely,ÃÂ correctional uniformsÃÂ make it possible to reduce the instances where dangerous weapons are used in attacks. This is because theyÃ¢â¬â ¢re designed to inhibit the concealment of weapons.

While some prison jumpsuits might have a single chest pocket, others feature no pockets at all, making it difficult to keep contraband hidden.

Used as a Restraining Device

Most correctional uniforms are intentionally designed to fit loosely on inmates. Not only does this restrict their movement, it also provides guards with something to grab onto in the event that an inmate becomes insubordinate to the point where they need to be restrained.ÃÂ

It should be noted that while theyÃ¢â¬â ¢re loose fitting, uniforms are typically comfortable to wear for both short-term or long-term incarceration.

By dressing inmates in prison attire, you take away their sense of individuality by removing one of the most basic freedoms people on the outside take for granted. In some cases, this can help make inmates more compliant during their incarceration.

While prison escapes do happen from time to time, the chances of lasting success are few and far between. This is due in large part to the brightly styled uniforms inmates are required to wear.ÃÂ

During the actual escape attempt, tower guards and other prison officials are likely to notice a brightly coloured object fleeing towards the perimeter. Even in dark conditions, or at a distance, theyÃ¢â¬â ¢ll tend to stand out.

In the event that a prisoner successfully makes it to the outside, their correctional uniform will make them stand out from regular civilians. Not only does this increase their chance of detection, it lets civilians know to keep their distance should they encounter an escapee.

Correctional uniforms are just one example of how prison officials strive to maintain safe facilities. For another, read our post:ÃÂ Added Safety with Janitorial Supplies for Correctional Facilities.

Do you needÃÂ correctional uniformsÃÂ that are designed with safety in mind? JET Uniform & Supply sells a range of uniforms, including jumpsuits and scrubs, for a wide variety of applications. Call us to learn more.